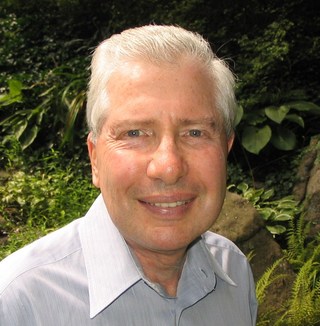 I grew up in Brooklyn, a few blocks from the Eastern Parkway Arena, which was best known for roller derby and professional boxing. But one autumn evening in 1952, that old urban barn played host to a spectacle far removed from skating and slugging. President Truman was arriving to speak at a rally for Adlai Stevenson, the Democratic presidential nominee. I was standing at the curb when Truman’s motorcade came by and I got a glimpse of the president at the window of his limousine. Truman’s efforts didn’t do Stevenson much good against Eisenhower in November, but for one youngster that moment at the edge of Brownsville endured.

I began to read about American history and the presidents, and in time I considered becoming a writer. The first steps came on the student newspaper at Thomas Jefferson High School. I became a reporter and editor for the Brooklyn College newspaper Kingsman and majored in American history and government. One day I turned in a paper to John Hope Franklin, the renowned scholar of African-American history. The topic eludes me today, but Professor Franklin liked it and thought I had the makings of a professional writer. I grew determined to find out.

I went on to the University of Michigan, receiving a master’s degree in political science. Then came a detour with the 1960s Army that afforded me a glimpse of an America I had barely contemplated. (Brooklyn boy meets the Ozarks at Fort Leonard Wood, Missouri.) After that I fulfilled my remaining military obligation as a weekend saxophone player in the New York Army National Guard while I embarked on a career in journalism.

I worked at The New York Daily News as a feature writer, then joined Newsday as a reporter on Long Island. After that came a decade’s work for United Press International in New York as a reporter on the metro desk and an editor on the foreign desk. While at U.P.I., I wrote my first book, Spartan Seasons, recalling how baseball carried on during World War II with ballplayers too young, too old, or too devoid of knee cartilage to serve in the armed forces.

I joined The New York Times in 1980, working as an editor and an obituary writer, focusing on figures from the military, sports, journalism, and occasional miscreants like Winnie Ruth Judd, the 1930s "trunk murderess," and show-business personalities like Clayton Moore, who marketed his Lone Ranger persona until death took the old kemo sabe. I’ve found writing obits to be akin to presenting capsules of history, since the lives of many of my subjects evoked their eras.

I also taught journalism at New York University and at Emerson College in Boston.

While at The Times, I continued to write books, concentrating on historical themes. Since leaving full-time journalism in 2007, I have continued to contribute obituary profiles to The Times while pursuing my book-writing.

I live in White Plains, New York, with my wife, Nancy Lubell, a clinical psychologist, and our three dogs, one of whom bears no relation whatsoever to my longstanding interest in Americana. He’s a Dutch breed – a keeshond – and his name, of course, is Rembrandt.

My most recent book, Helluva Town: The Story of New York City During World War II, was published in April 2010 by Free Press.

These are my previous books:

An American Journey: My Life on the Field, In the Air and On the Air (with Jerry Coleman) Triumph Books, 2008.

Mine Eyes Have Seen: A First-Person History of the Events That Shaped America Touchstone, 1997

You Be the Umpire: The Baseball Controversy Quiz Book Delta, 1993

HELLUVA TOWN: THE STORY OF NEW YORK CITY DURING WORLD WAR II
Published April 2010
DESPERATE HOURS: THE EPIC RESCUE OF THE ANDREA DORIA
The fog-bound collision in the Atlantic that spawned the world’s greatest peacetime rescue at sea.
AMERICA AT D-DAY
A 50th anniversary account of the battle that turned the tide of World War II.